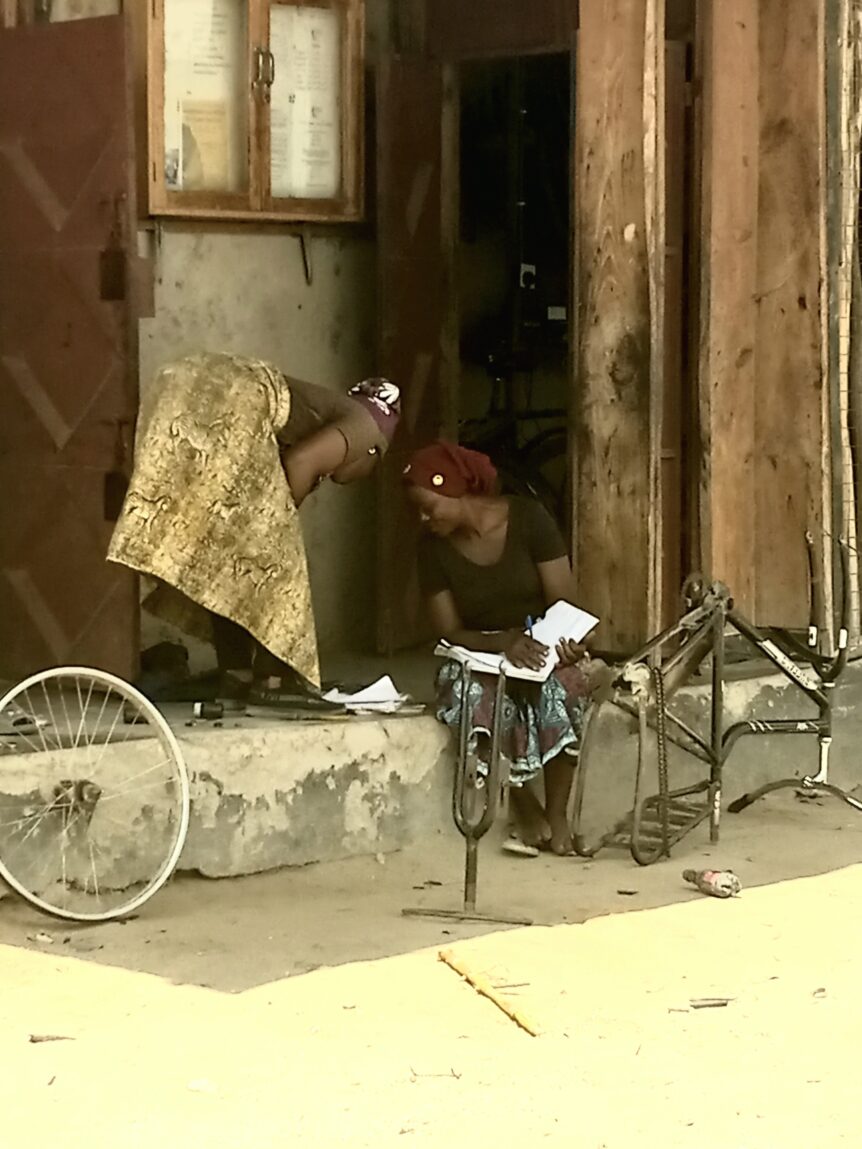 Another week (and some) into this adventure.

Hit a to-be-expected rough spot over the weekend… mostly due to frustration over my role here.  But working on working that out.  Then home alone as the other girls left to party in neighbouring Arusha (was invited, but wanted to just lay low and also got some work from a client, so preferred to do that, income needs take precedence). Hip still being a pain (literally). And lastly, I guess just normal crash from the massive culture shock…not so much life here as pretty much knew what to expect, but all the new things to absorb and lack of creature comforts (bucket showers get old pretty fast J).

But, had a long talk with Bosi (Swahili for Boss) – kinda/sorta got some direction, got my job out - will invoice this week, and found a gym nearby for a 30min ride - kinda-sorta.  There’s a very nice hotel on the road over that has a gym with a hi-tech bike but it only works in one speed, well, am able to increase speeds, but then to lower, I have to turn it off and start again.  But, it’s a bike and gets my heart rate up, all I need J! Will try to go 3-4 times a week. And even better, it’s situated on “Love Street”, Upendo Street, so what can be better than that! Decided no to getting a bike for in town excursions, it’s right hand drive here and traffic is pretty crazy, figure a suicide mission so, will stick to tuk-tuks and budu-budas (motorcycle taxis)!!

This week went to “the community” again and attended an orientation with the Micro-lending group committee. The organization gave some seed money in 2013, 1.7m TsH (about $700) which they have successively loaned out and paid back amongst the members, about 60 women.  A few years ago, they crowdfunded another 1m ($450) which is now their working capital of which about 540,000 TsH is kept as cash.  The group is in the Msitu wa Lemo village and called Kazi na Sala (meaning roughly, hold together and pray); they manage the loans which are given out at a fixed rate of 10%.  There is an application approval process and the loanees must be part of the group which also holds some funds on reserve for individual emergencies which are given out interest free. At the end of the year, the profit (or interest earned) is shared amongst the women.  As is the profit from the Bike Shop. Defaults are low, but one of my roles will be in finalizing a default strategy…most being caused by economic hardships (the major source of income is small holder agriculture which is affected by seasonal weather, which as we all know is being greatly changed by climate change.  Yearly floods and droughts are becoming more severe).  But, last year, each member earned about $200, which is likely comparable to $2000 for one of us, pretty impressive if you ask me! This week, we invited the new treasurer, Aisha, and met with a member seeking a new loan. 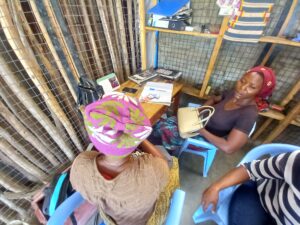 Then, it was onto the monthly Bike Shop meeting.  The shop is run by 2 bad-ass women, Luisa and Susan, who are also mechanics.  They have trained 3 other ladies to fix the bikes, all originally donated by Global Bike, a US-based non-profit.  These are basic bikes, no speed and backpedal to break, but incredibly sturdy with a massive back rack to carry everything from a bucket of water to stacks of firewood and other supplies, or all.  Most common repair is flat tires, to be expected, lots of savannah bushes with nasty thorns and Bottom Brackets (connects the pedals to the crankset, see what I’m learning J!).  My job is report on the stocks, sales and needs and then help finalize an exit strategy from TATU which would include creating a spare parts source and expansion to other villages.  They already have a “mobile bike shop”, just a dala-dala they use to take bikes to other villages, then picks them up every month for servicing.   Love these ladies, will participate in a mechanic training, gonna learn now to fix my own bike J!!!

There and back again on a dala-dala, it’s a long, hot, dusty ride, but going to have to get used to it, will make the trek twice a week. Videos attached of a market passed on the way home, then entering town again, and a snap of me and my Bosi. Then 3 days in the office where I keep project notes and help out with plans…an exercise in patience as internet is excruciatingly slow and only turned on 9-5, so sharing files, downloading etc. can take hours.  Off hours are on my hot-spot, even slower.

Then on the weekend participated in a “caravan” when the team goes to neighbouring villages to distribute medical supplies.  This time was a yearly event as a clinic with volunteer doctors who diagnose, treat and prescribe drugs which are given out for free.  We, being the TATU team, helped guide patients to the various rooms (exam, Lab and pharmacy). Not sure how effective it all is, as can't really exam, test and treat many sicknesses on the spot, and think the medicine choices were limited, even told that most are just antibiotics.  But if the intention is to create goodwill in the world, I think we did.

So, falling into a routine.

Which starts with early morning (for me), usually awakened by a 5am distant call to prayer, which is sometimes met with competing church bells, thankfully at 6pm, the Christians are so much more reasonable J!  The country is about half Muslim, half Catholic and then a smattering of Hindu and other beliefs.  All living peacefully together for the most part.  A large East Indian population, remnant of the British post-colonial indentured servant wave, which has now moved into a more elite class, owning most of the businesses and having a strong influence on culture… tons of Indian restaurants.  I then hear a cacophony of birds.  Made audio recordings, but can’t get them to transfer to Google drive, so here’s a video taken during my morning walk to the gym.

A fun fact about TZ:  Plastic bags are outlawed, get caught using one, a 50,000 Shilling fine ($5), there’s not one to be seen in the streets!!  Still lots of plastic bottles though, but one thing at a time!