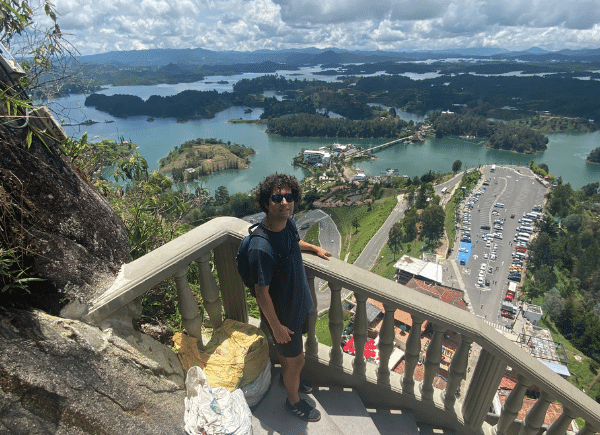 Traveling from Albuquerque to anywhere outside of the country is always a bit of a culture shock. Whether you conceptualize Albuquerque as the biggest city in New Mexico or a medium-sized American city in a small state, there really isn’t any place like it. (Which is why we all love it, right?)

So, as you can imagine, it has been an interesting four days in Colombia. So far we started out in the capital, Bogotá, and now we are in Medellín. These two cities are the largest and second largest cities in the country with approx. 8 million and 2.5 million people, respectively. (Yeah they are biggg cities, and those aren’t even the metro area populations!) To go from New Mexico big to some of the biggest cities in the hemisphere has been some change up to be sure.

But the change up has been welcome, and it has been quite beautiful. In only four days I can already say that both the countryside and the cityscapes of Colombia are some of the most beautiful I’ve ever seen. Bogotá’s sheer immensity (look up: Bogotá view from Monserrate) and diversity are amazing, the landscape and night lights of Medellín (look this up seriously) are continuously breathtaking, and the countryside is greener than anything a native New Mexican can even imagine (look up: Piedra del Peñol). I look forward to seeing even more beautiful sights over the next few weeks that I am here.

Now for one of my biggest first impressions… There are taxis and motorbikes everywhere. And buses. And other cars. I’ve never seen so many vehicles (or this much traffic) in my life. It seems like half of the Colombian population must be employed to drive. And I have already come to the conclusion that there are at least as many motorbikes in the country as there are people, if not more (you can tell after just a day, truly). I have already taken more taxis during these days than I have ever taken in my whole life, but so far, despite the traffic and the utter disregard for the lines on the road, we have arrived unscathed and content to every destination. I look forward to collecting more taxi stories (I already have 3 good ones, you’ll have to ask about them sometime). 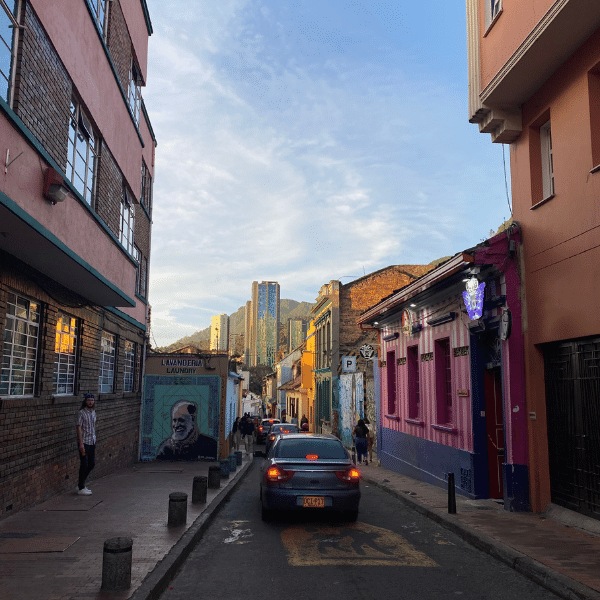 At the end of only four days in Colombia, I can already talk for quite a long time about what I have noticed and learned about the country, but I don’t want to give away all my stories just yet or before I have some more time to digest my experiences. I am sure that I’ve only scratched the surface of what I have yet to see and learn here in Colombia, and that, as always, is my favorite part about traveling. Stay tuned because there may just be more stories coming later!

Background: Miguel Sabol is our Programming Intern at Global Ties ABQ and in the Masters  Program in Latin American Studies at UNM. He is currently traveling through Colombia for a month with three of his friends from graduate school.